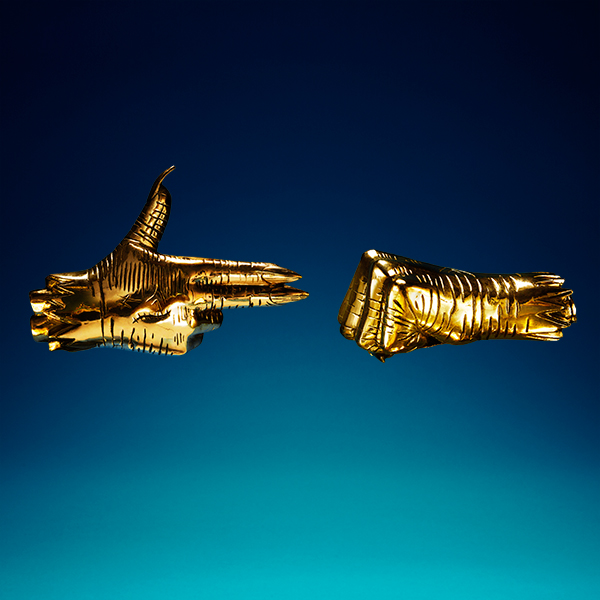 As a self proclaimed ‘Jewel Runner‘, I wanted to take a week of listening to this Christmas gift of a album (literally a surprise release on Christmas) to make sure I wasn’t being a prisoner of the moment in my praise of this effort. A week later, I’m afraid the praise I heap upon Run The Jewels 3 may have only increased. I’ve heard plenty of solid albums in 2016. I’m 100% sure that any of them are as good as RTJ3, the third installment of the duo Killer Mike & El-P.

That line by Killer Mike pretty much sums up the dynamic between Hip Hop’s favorite chain snatching, anarchist duo. As Emcees, the best way I can describe their dynamic is to that of a running back duo. Warrick Dunn and Mike Alstott. Smash & Dash, Thunder & Lightning. Mike being the smashmouth guy leading the league in touchdowns. El the SportsCenter Top-10 guy as the more dazzling, finesse member of the duo. El-P is also the producer of this album. His ability to match cadence/flow to each corresponding beat is uncanny. Track after track, his flow and the beat seamlessly are one.

Speaking of the production, BAH GAWD!!!!! I’ve finally gotten my money’s worth from my Samsung Sound Tower. This shit BANGS! If I had to use one word to describe the production it would be menacing. It sounds like the personal soundtrack of your favorite antagonist, in the future. Walter White with a ray-gun. Darth Vader standing on the block rocking a Cuban Linx necklace. Donald Trump freshly thawed from being cryogenically frozen for 1000 years.

The message of the album is clear. “Kill Your Master”! Us vs the 1 Percent. The revolution will be televised, and it’s narrated by Run The Jewels. That and the fact that fuck shit will not be tolerated. These guys are the voice of the people. As the hook on “Dont Get Captured states: “Don’t get Captured, no crying here just do your dirt then disappear, then lay it low, take it slow then reappear, return to us victorious, smoke pounds of kush”.

I feel as though there are no ‘misses’ on this album, even down to the verses. Not a single subpar verse on this album. If I had to choose highlights I’d start with ‘Panther Like a Panther‘. The duo trades vicious bars with Trina simply declaring on the hook that “I’m the Shit, Bitch”. On “Everybody Stay Calm” the shared cadence alone makes you run the track back. The especially futuristic “Legend Has It” gives any speaker set a run for its money as Mike and El trade bars displaying Arn Anderson and Tully Blanchard type tag-team mastery.

Honestly, I could list all 14 tracks as headlines. The more I listen to this album, the more I crave to listen to it. Nothing else musically exists in my headphones right now beside RTJ3. It’s quite cool to see two veteran MCs finally getting their due. Hard to deny these guys are big time factors in hip-hop. The fact that maybe it took for them to come together from two totally different styles, parts of the map, and career paths, is just as much a part of the fun and a testament to perseverance. This is simply my favorite album to drop in 2016, and it somehow tops the previous two RTJ albums.

Unapologetically. I’ll be live at Echo Sound Stage on Thursday January 12th to check out the best duo since Kobe ran Shaq out of LA. Do yourself a favor and download this free album at HERE.

Jewel Runner over and out of this Bitch!

5 Out Of 5 Snatched Chains!