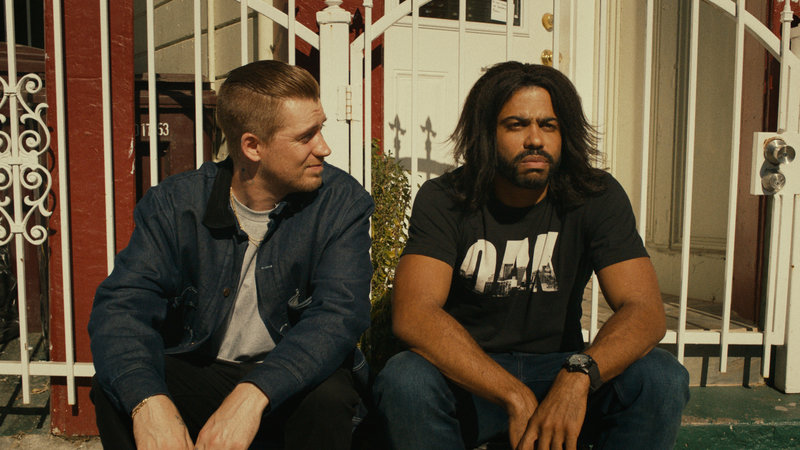 With gentrification and white privilege as the background of Black America’s story in 2018 in many big cities (including my home of DC), there hasn’t been a movie to touch on the multi-layered issues that accompany change until Blindspotting.

Blindspotting – When a situation or an image can be interpreted in two different ways, but you can only see one of the interpretations. You have a blindspot to the second interpretation. Often used when referring to people seeing the wrong interpretation.

I waited a couple of days to write this quick review because I didn’t want to be a prisoner-of-the-moment.  I didn’t want to say this movie was “The best since _____” or “The most powerful since ____” because that puts a lot of pressure for all folks to feel emotions that I, as a black man, couldn’t ask others to feel or empathize with.  Having said that, it may be the most exhilarating look on contemporary race relations since Spike Lee’s “Do The Right Thing”.

Set in modern Oakland, California, the opening sequence sets you up for what exactly this movie is about, the dichotomy of urban living.  Where you have the old guard of Oakland on one side of a split screen, the new Oakland is shown directly beside it in all of its Golden State Warrior fandom/Whole Foods spendor.  The scene hits home and it’s just the opening credits. Soon after we see Collin (Daveed Diggs) being released on probation barely paying attention to the judge’s instructions as the film kicks off with a scene with his best homie, Miles (Rafael Casal) and another homie in the car quite possibly “hot-boxin the whip” with pistols in the car and stating to his compadres that he can not indulge in these activities because he only has three days remaining on probation and he needs to get to the halfway house before curfew.

This is not your cookie-cutter urban-plight movie.  The writers and director uses humor and nuance to not steer this masterpiece into the normal road you would think – each issue confronted is far too complicated for the two leads (Casal and Diggs) to tackle in one film. The art of a great film is the way you can harbor positive feelings for obvious flawed individuals.  This will happen guaranteed.

In a summer movie season of retreads and sequels, I needed to see this movie, at this moment.

In a lot of ways, this is “Oakland’s story” but I tend to disagree a tad, because I am living this story right now.

America needs to watch this movie together…as a family.