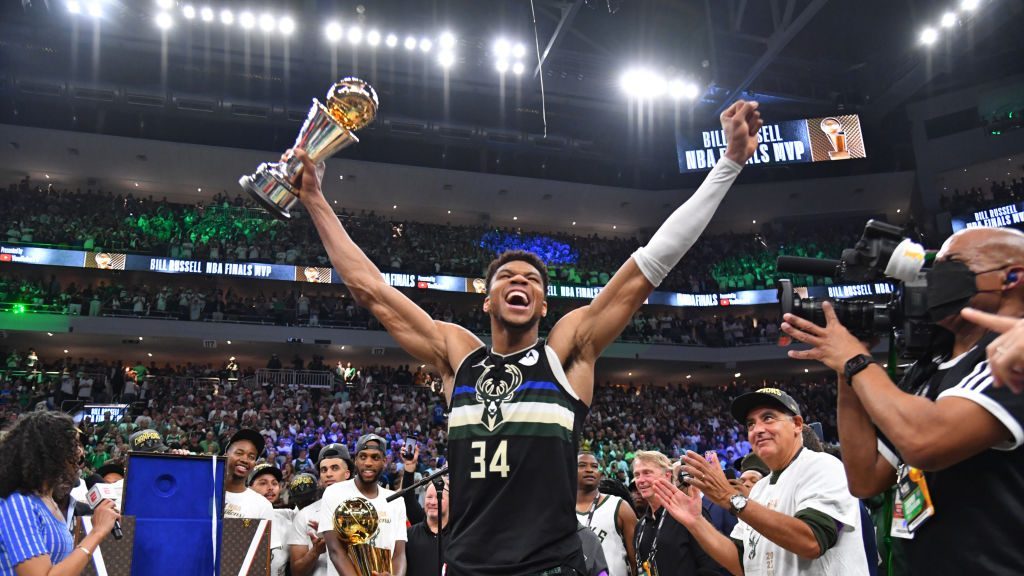 That was the only thing I could muster out of my face while watching the Game Six performance of Giannis Antetokounmpo in delivering his Milwakee Bucks their first NBA title since 1971 against the upstart Phoenix Suns.

I don’t want to speak about that today.  I want to speak on something we all have a problem with in discussing high-level, accomplished athletes (myself included)….narratives.

See…narratives are a thing, whether we acknowledge them or not.

I say this because we – as the modern day sports fans – have been inundated and indoctrinated by outlandish “hot takes” that we have taked nuance, circumstance and most importantly, the eye test out of our discussions and debates about the sports we love.

Instead of just watching and responding to what we see, we have subconsciously taken things such as efficiency, PER ratings and various other analytical changes in the games to determine what makes a good argument for your favorites.  Championship rings have become the end-all-be-all so much so that players have had seemingly no choice but to team up and form “Super Teams” to give themselves the best chance to win and not be point-person of The Wrath of The Hot Take.

This edition of the Finals should have deaded some of these takes and brought some sort of rational thinking towards now, but it wont.

Chris Paul will still be the guy that couldn’t get it done although he did lead a team with FOUR rotation players on their rookie contracts to the goddamn NBA Finals….but he couldn’t get it done so now he will be ridiculed even more than if Phoenix hadn’t made it that far.

Devin Booker will be over-analyzed for not being efficient enough in his final game although he was playing in not just his first Finals, but his first PLAYOFFS ever averaging 27 points per game…but hey, be better!

That leads me to Giannis….

I will preface this by stating publicly that yes, I have been one of the same people that overanalyzed and dissected his game to a fault.

Yet, I dont blame myself (LOL), I blame HOW we discuss his game more than the actual production on the floor.

Antetokounmpo is a 6’11 physical freak of nature athlete the likes we have never seen on a basketball court.  He is the most athletic player we have seen since LeBron James debuted almost 20 years ago.  The thing is, because of that fact….because of the back-to-back MVP trophies, we have always expected more from the man than just enjoying what we are witnessing and letting his game develop as his career evolves.

We want that dude to be everything right now!

Have a back-to-the-basket game, give us a go-to post move, hit the midrange…hell why don’t you make threes at least an average clip while you are at it.  It’s ok…everyone else in today’s game does it, why can’t you? You are the MVP right?

I always watched Giannis play and thought that he was trying to appease the critics while developing (which is crazy in hindsight) and letting the chips fall where they may.  This postseason was the first time that he just said “What I do well is punish dudes in the paint and bring maximum effort at all times better than anyone else living”.

What exactly is wrong with this line of thinking? Its his most effective version of himself…we LOVE efficiency right? We have been so brainwashed by today’s version of basketball and how we determine the best players, we have forgotten about letting dudes just be them.

15 years ago, who cared if a power forward could shoot a three-pointer on a regular basis? You know what we would have said in those arguments? Why isn’t his ass on the block killing dudes in the post.

Once Giannis said “Fuck it and fuck yall too”, the Bucks ascended.  Good for them.

I hope we can get back to some sort of nuance sometime soon.