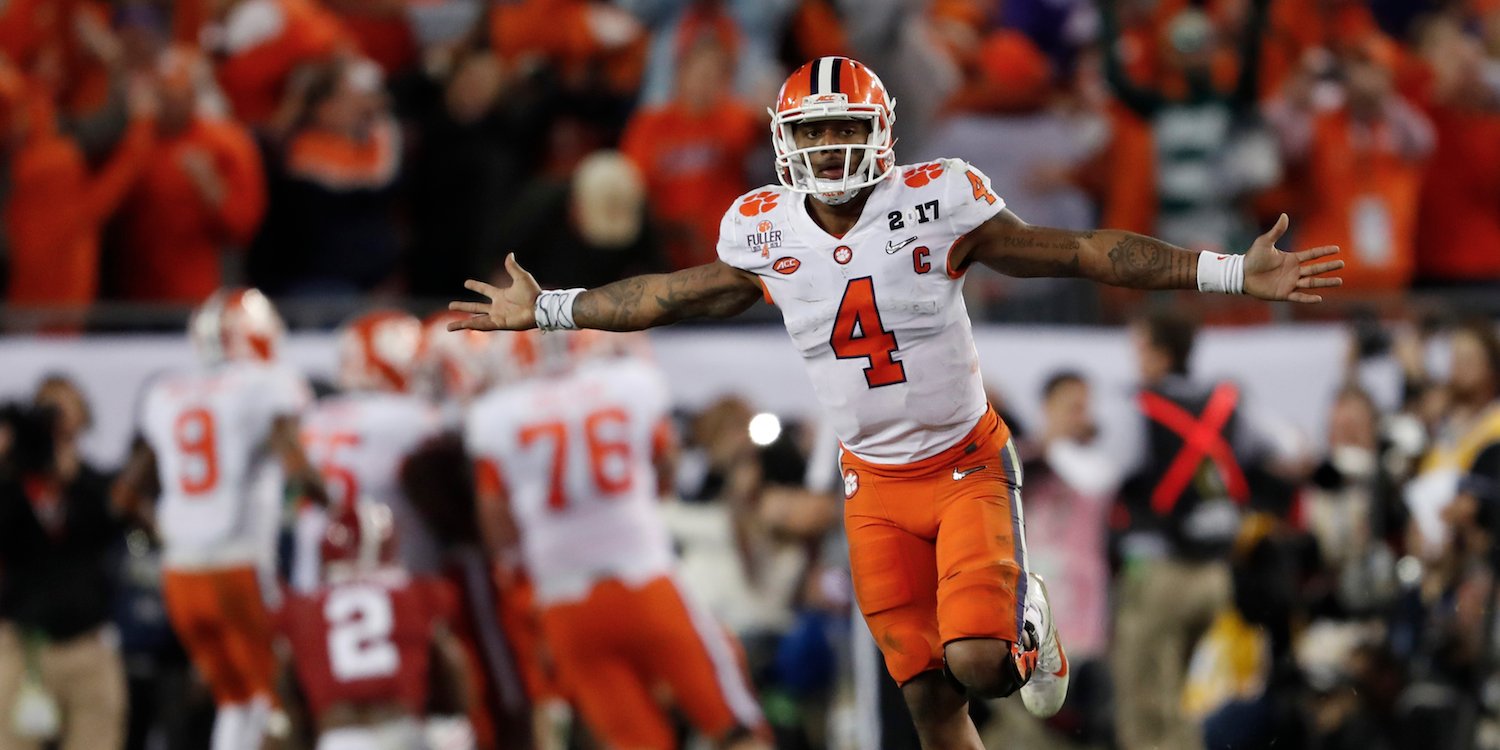 “Sports are about moments.” – Diego Johnson

After a quarter and a half, it looked like the Alabama Crimson Tide was just too much for Clemson and would easily win the 2016 College Football Championship.

You name it. (No Shirley Caesar)

Momentum seemed to swing after one critical mistake by Clemson, which seemed at the moment a backbreaking turnover and touchdown. Yet with the sheer hustle, a championship-saving tackle by eventual hero, Hunter Renfrow, the game was not lost just yet.

With approximately 14 minutes remaining in the third quarter, that threat of a blowout was heightened. Clemson running back Wayne Gallman took a wide handoff to the right but was stood up at the Clemson’s 34-yard line. Alabama linebacker Ryan Anderson stripped the ball from Gallman, collected the fumble and sprinted toward the end zone.

Renfrow swiftly turned and darted ahead of a pack of Alabama blockers and dove to trip Anderson at the 16-yard line.

Renfrow saved the fated touchdown. Clemson’s defense stuffed Alabama on the next three plays and forced a field goal. It could have easily been seven points. Renfrow helped limit it to three.

Without that play, we are not talking about the magical play of Watson, Mike Williams and others for Clemson.  We are talking about Alabama’s fifth National Title in eight seasons.

After losing in the final last year despite accumulating almost 500 yards of total offense, Watson gave a performance reminiscent of what Texas quarterback Vince Young did to defending national champion USC in the Rose Bowl 11 years ago. Watson, like Young, finished second in the Heisman Trophy. And Watson, like Young, made the Heisman voters want to petition for a recount after winning a national title.

He will be remembered for two tremendous efforts vs the biggest, baddest dudes on the block.

And he, and the Clemson Tigers, have secured their place in history.