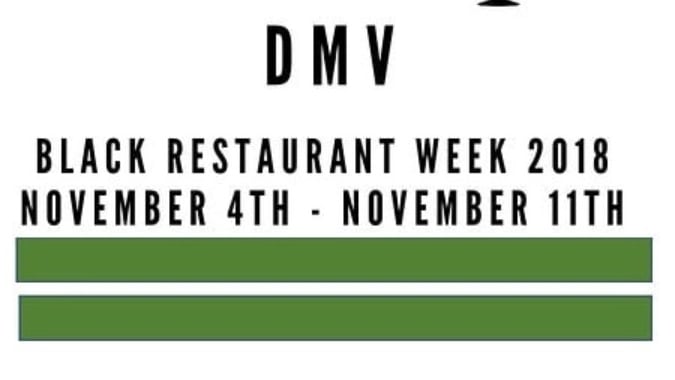 Why did he have a cocktail competition?

I’m getting ahead of myself. Way ahead.

Let’s start from the beginning. 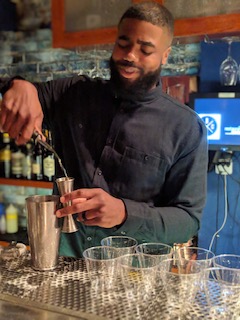 In case you’ve been under a rock since late this past summer, this week is Black Restaurant Week in the District (and suburban Maryland and Northern Virginia). The DMV Black Restaurant Week (DMVbrw) is the brainchild of Georgetown University Hospitality Industry Professor, Dr. Erinn Tucker; Chef & Restaurateur, Ferard Tate; and Bar Consultant and Author, Andra “AJ” Johnson. Co-Curator, Dr. Tucker, has said she had hoped to have 10 participating restaurants from the DMV upon imagining this concept. They ended up with 30, AND sponsorships from Grey Goose, DCist, and Yelp! —just to name a few. So, now that we’re caught up, you should be stoked because you now realize that #DMVbrw is a BFD!

Ok so… R.R. Bowie was a black mixologist. In fact, he and a group of other leading black bartenders founded an exclusive Colored Mixologists Club in Washington, D.C. way back in 1898. So, R.R. Bowie is like the king of black mixologists and this was during a time when racism and segregation kept bartending a job for white guys. I mean who else would be “worthy” of serving up perfectly crafted cocktails and being a confidante to white guys for hours on end, right? *Insert sarcasm here*

Well, we recognize you, R.R. Bowie and we honor you. 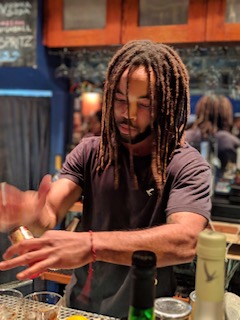 The DMVbrw creators chose one of their inaugural events – The R.R. Bowie Cocktail Competition – to honor Mr. Bowie, as well. And, that’s exactly where I found myself Monday night.

Since R.R. Bowie was obviously a DMV black history maker, the competition theme “Black History Makers in the DMV” was only fitting. Against the vibrant backdrop of Service Bar on U Street, attendees were treated to three rounds of handcrafted cocktails. Each eligible concoction had to contain a 1.5-ounce pour of Grey Goose vodka and a Blue Henry simple syrup mixer. (Grey Goose, Santa Teresa Rum, and Blue Henry were sponsors of this cocktail event.) *Lemme praise break right here to point out that Blue Henry is black woman-owned!*

Anywho…the cocktails had catchy names like The Trey-5 and the Shim Shim and many of the mixologists eagerly explained the inspirations for their creations. There were 6 finalists as the crowd quieted (a little bit) to let the judges do the judging. While we waited for judging to finish, we sipped on beer, wine, or a choice of cocktails, including a Santa Teresa punch. 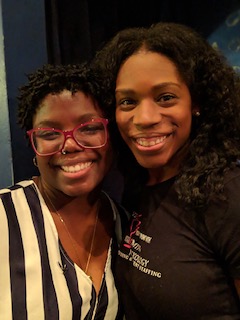 By the end of the evening, judges chose a Grand Prize winner and the crowd had chosen a People’s Choice winner. Lauren Paylor’s Frederick Douglass-inspired Fruits of His Labor Cocktail took home the Grand-Prize. Click here to hear Lauren talk about her creation. The People Choice went to Mia “MiMi” Evans for her Legacy Cocktail.  Click Here to hear Mimi describe her grandmother, a long-time DC resident, and her inspiration for her winning concoction. I beamed with pride as both women accepted their cash prizes! Look at this picture of them and tell me you didn’t, too!

DMV Black Restaurant Week runs until Sunday, November 11, 2018 at various eateries throughout the area. Check out a few places and dining deals from this list of participating restaurants.