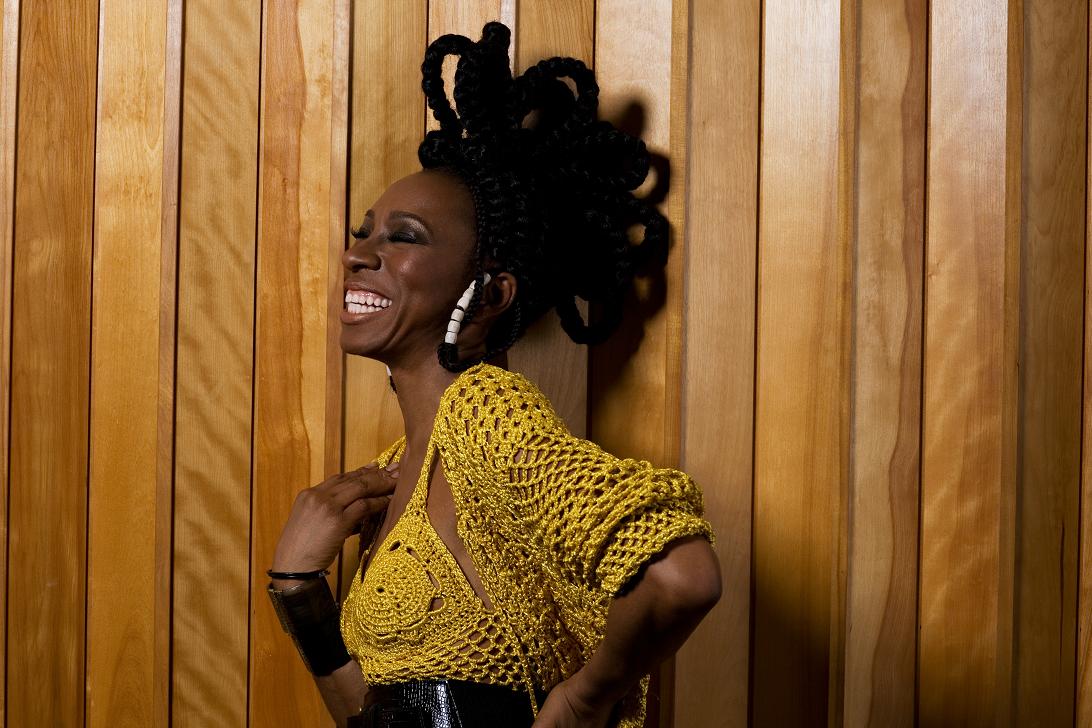 The DMV showed up and showed out at last week’s Fort Dupont Summer Concert Series performance by Rare Essence. Over 15,000 people came to show their love for the wickedest band alive. The party continues this Saturday with DMV musician Jean-Francis Varre and the multi-talented singer, dancer, Wunmi. 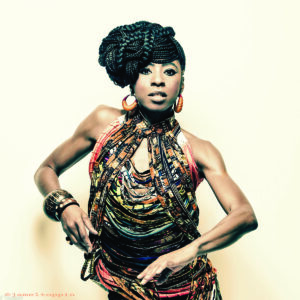 If you have ever had the opportunity to see Wunmi perform, you have been privy to her unsurpassed showmanship and integrity.  This is a performer that brings as much to the stage as one possibly could—engaging the audience, and her band,  with her divine energy.  Many would call the experience cathartic–  Wunmi deliver’s challenging and empowering lyrics with seamless conviction,  woven into an innovative soundscape accentuated by Wunmi’s dance, costumes, and the movements of her troupe; dancers, percussionists, horns—A fresh full sound and show will be delivered each and every time this African superhero of funk and fire deigns the stage.

“When she appeared… the audience first held its breath and then went wild with excitement. Whatever expectation the audience had of this unknown quantum, Wunmi surpassed it and gave some more.”
– Anote Ajeluorou, AllAfrica.com/The Guardian

In recent years Wunmi has wowed audiences from Aukland to Zanzibar, Sao Paolo to Detroit, Brooklyn to Zaragoza.  In Spain, at the Pirinos Sur World Music Festival, Wunmi was proclaimed best in show by audiences, as well as critics and promoters. This year she had the honor of opening for King Sunny Ade’s New York show celebrating his 70th birthday, as well as headlining the 43rd annual International African Arts Festival at Brooklyn’s Commodore Barry Park. 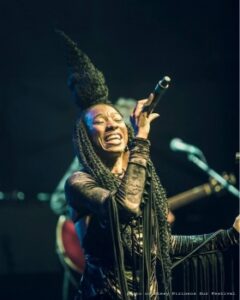 Wunmi’s first professional gig as the solo dancer for the phenomenon known as Soul II Soul—her early association with the band solidly established their iconic presence.  She toured with WOMAD in UK and Japan as a Solo dancer.  Toured the world as Ornette Coleman’s dancer/muse.  As a vocalist, she toured the US and the UK with the legendary Roy Ayers, and it is with Roy Ayers that she earned her first songwriting credits. She then toured much of the world on club dates with her newly garnered attention as a diva of underground house.  Wunmi’s early recordings were as featured artist on the tracks of some of House music’s reigning producers.  Masters at Work, Osunlade, Bugz in the Attic, Pasta Boys—through her reworks of Fela Kuti tracks ‘Expensive Sh*t’ and ‘Zombie’, Wunmi would become a major catalyst in bringing Afro beat and the work of Fela Kuti into the mainstream in America, contributing to such projects as Red Hot and Riot, and New York’s epic Jump n Funk parties. 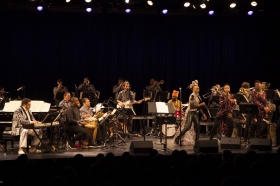 The free public events are an annual celebration that brings together Washington metropolitan area residents and communities across generations to enjoy incredible music from national, regional and local artists to perform live in the park’s outdoor amphitheater.

The 47th annual Fort Dupont Park Summer Events Series is made possible in part by WPFW 89.3 FM and WE ACT Radio Network.