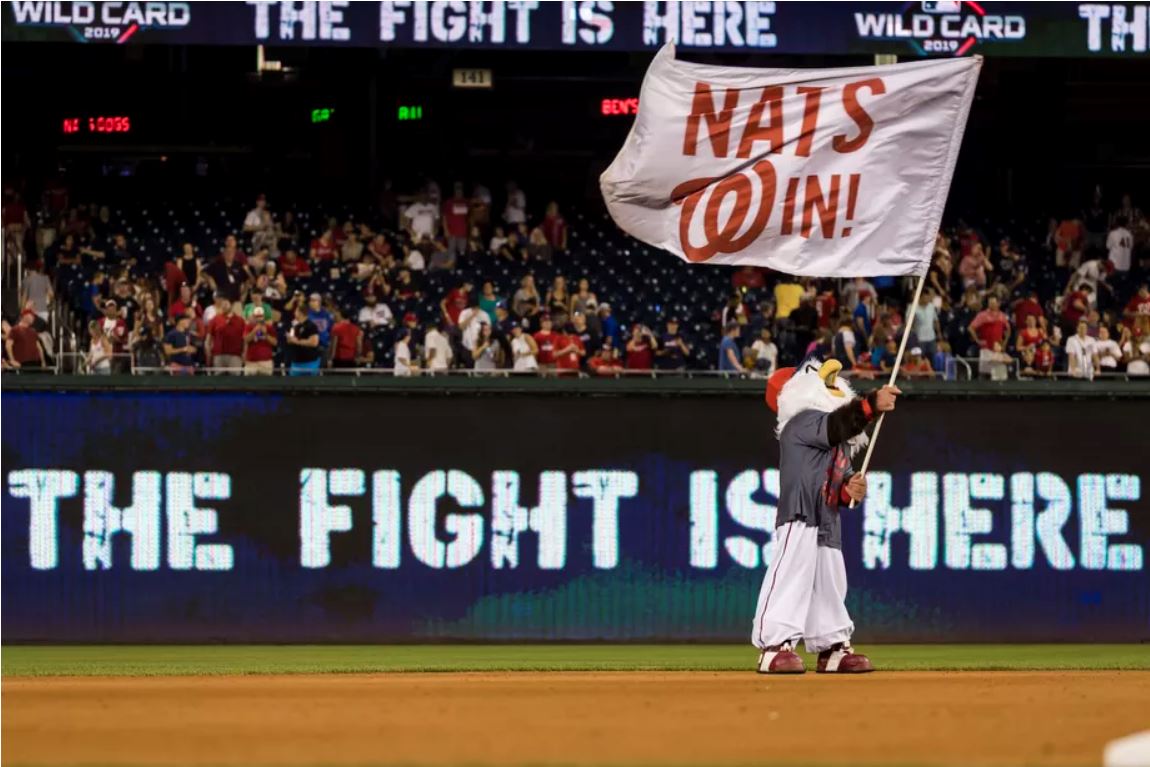 On Thursday, May 23th, the Nationals literally hit rock bottom.

They were swept in a four game series by the Mets. Davy Martinez got ejected and I buried them. Yes, ME….EYE BURIED THEM. The bullpen imploded several times during that series, it was something that I sadly got used to. I couldn’t take it anymore. All I could do was wash my hands of it. The team was 19-31…12 games under .500 AND in LAST Place in the NL East.

It couldn’t get any worse.

Everyone called for Davy’s job as this is the normal response by fans when things aren’t going well. FIRE THE COACH!!!!!!

Well guys, it’s not like Davy was coaching badly, he was coaching with what he had. And what he had was BAD. Guys not playing up to their potential…Guys playing like they don’t care…As a baseball coach, you can’t swing the bat for your guys nor can you throw the pitches the pitches for them either. All you can do encourage them to do better. Go out there and do your job. Firing him would not change a damn thing.

The Washington Nationals are in the National League Wild Card Game in the Major League Baseball Playoffs.

Let me say this again…maybe it will sink in…THE WASHINGTON NATIONALS ARE IN THE WILD CARD GAME!

But once again…I say HOW? I’ll tell you how. Veterans. Health. Great team management. That’s the only way you come back from 12 games under .500 and end up in the playoffs. Only one other team that has ever done that, the 1914 Miracle Boston Braves. And that was over 105 years ago. That right there lets you know that this team is special.

After the 50 game mark, there are three teams in the league that went 74-38 in the final 112 games of the season. Two of those teams happen to be, respectively, the #1 seeds in the AL and NL (Houston Astros and Los Angeles Dodgers). The third team is, you guessed it, the Washington Nationals. This type of streak is unheard of for a team that was 12 games under. This is some bad news bears shit for REAL. I still cannot believe I am here writing this article, but here I am. So let’s get to the game.

Winner takes all…All hands on deck…and dig in and prepare yourself…This will be a LONG game. The Brewers are coming into Nationals Stadium without their best player in Christian Yelich. But in the tail end of this season, no other team besides the Nationals, were hotter than the Brewers. They seem to have gotten better since he got hurt but in order for the Nationals to advance, they cannot let Ryan Braun, Eric Thames and Mike Moustakas take the Nats pitching deep. If you keep them quiet, you can win this game going away.

But that is a job tasked for Max Scherzer, who has seemed to have come back on track from injury. Me, personally, I would have started Stephen Strasburg in this game. He has probably had his best season in his career this year and earned the right to start, but I understand. I understand this is all hands (arms) on deck, so don’t be surprised if and when he comes in.

The keys to this game for the Nats is to batter the Brewers starter. They are starting Brandon Woodruff, who has only pitched 2 games since coming off the injured list. Unlike the Nats, the Brewers don’t have an ace and they also have a shaky bullpen. But having Drew Pomeranz in their bullpen, he can eat up some innings because he is technically a starting pitcher. We know what Josh Hader is capable of, we need him in the game in when the pressure is all on him and not on us. They have other arms such as Jordan Lyles and a couple other solid relievers. But I cannot slight the Brewers bullpen when the Nationals bullpen is easily worst. The only arms I want to see out of the bullpen tomorrow are Hudson, Strickland, Elias and Suero. I like Rainey and he has pitched well as of late, but I’d rather save him. And I still don’t trust Doolittle in a pressure situation. I fully expect to see Corbin and Strasburg at some point in tonight’s game.

As for the bats, this game hinges on Trea Turner. He gets the Nats going. If he has a good game, the Nats are really hard to beat. Vets like Gomes, Eaton, Suzuki, Adams, Zimmerman, Kendrick, Cabrera and Parra are going to have to have quality at bats. Victor Robles has to be smart on the pads and not too aggressive. Juan Soto is literally the wild card. He, just like Trea, really get this team moving. I fully expect Juan to play like the Juan Soto that we are used to seeing. But this is his first time under the bright lights of the Playoffs, things are “different” when those lights come on. I need him and Robles to embrace the lights and not be blinded by them. Oh, I didn’t forget about the MVP. He’s been here before. He knows what it takes. He will get the job done.

The Nats Swept 2 series including a five game sweep of Bryce Harper’s Phillies (Hi Bryce!) and a three-game elimination sweep of the Cleveland Indians.

I believe that the Nationals will win this game and then hop on a plane to the west coast to take on the Dodgers for the second time in four years. I feel like this is fate. Destiny. Sort of like how the Capitals couldn’t get past the Penguins. But when they did, they went all the way. The Dodgers beat the Nationals in 2016, and this year could be different, but let’s not get ahead of ourselves. Let’s beat the Brewers and then talk about this. But I will leave you this small tid bit of history.

I mentioned the earlier that the Miracle Braves were last team to accomplish the feat of making the playoffs after being 12 games under .500. Well they didn’t only make the playoffs, they won the World Series. And not only did they win the World Series, they swept it. Food for thought. Let’s speak it into existence! N-A-T-S… NATS NATS NATS WOOOOOOOOO!