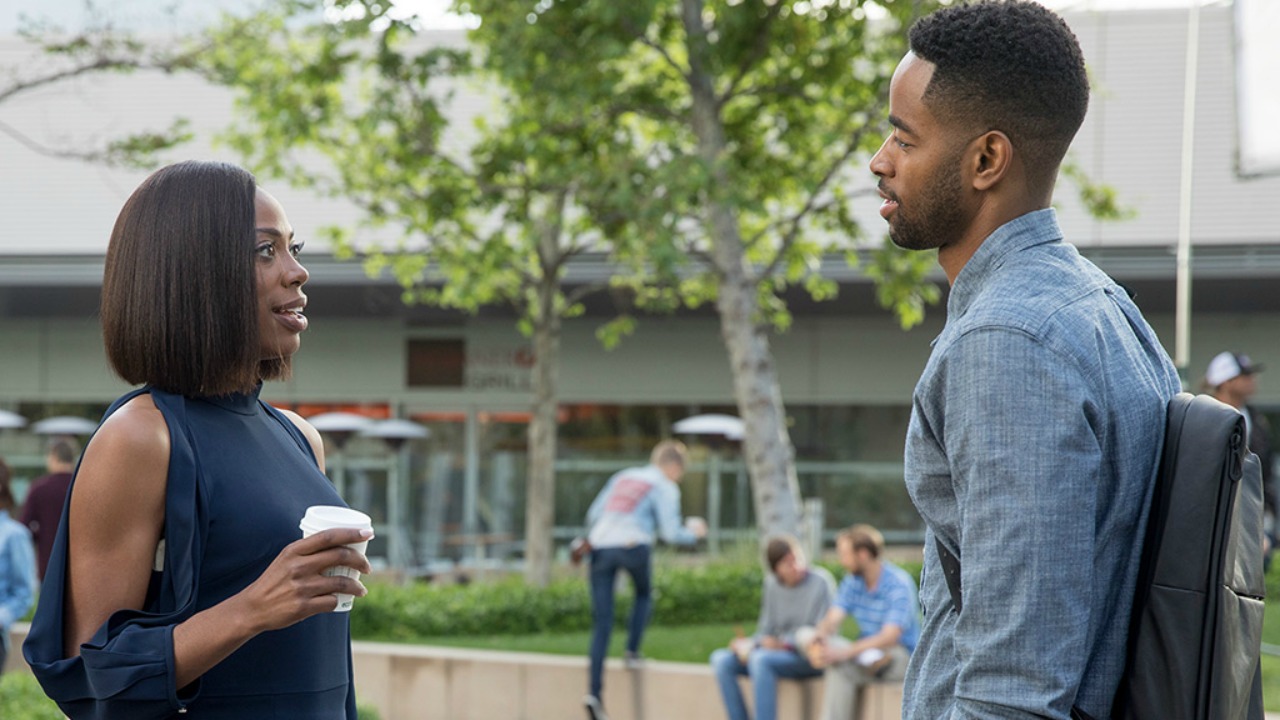 Sooo we made it to another week of Insecure!  And here are my thoughts from this week’s episode.

Molly: Let me just start by saying, I’m loving the evolution of Molly’s character. I know it’s only episode 2, but the girl is blooming!

She’s trying to get her own ish together, work on her career, and be a great BFF.  She knows her homegirl jumped out there, made a mistake, and ruined her relationship in the process BUT she still supports her with no judgment. The episode begins with Issa and Molly trying to make sense of last week’s hit & run sexscapade. They’re doing a replay, play by play of the encounter, and analyzing texts for tone and context. TOGETHER.

She’s also going through a possible pivotal point in life, with her therapist dropping some gems for all of us to learn from.  “If your life doesn’t go as planned, can you accept it and make adjustments?”  For example, that time you thought you would be married with kids by 28.  Now you’re 39 and still playing the dating game cus Prince Charming hasn’t brought your glass slipper.  What you gonna keep waiting for his waze to update and bring him to you? You better go find your slipper girl! Orrrr maybe instead of waiting for that glass slipper, you just say eff it and go get a new pair.  Maybe you’re not a slipper girl after all, maybe you’ve evolved into a glass stiletto.

What I admire most about Molly is that she knows her friend.  She knows Issa’s in over her head.  Issa’s not built for rejection like her, so she wants to protect her, but at the same time she gotta let Issa PUSH through it.  She hung out at Lawrence’s job until he bumped into her JUST so she could see where his head is with her bestie.

Molly, you the real MVP girl.

Issa: So this week, Issa is trying to sort through the pieces of destruction left behind by Lawrence’s tornado d$ck. What did it really mean? Where do they now stand?  Was it a goodbye fuck or a until next time we fuck-fuck?  You know the usual bullshit you put yourself through when you take an ex back before you’ve gotten closure.  To make it even more confusing for herself, she learns that he’s been banging somebody during the break up.  She did her homework though.

She broke out the “Homegirl CSI kit,” and did a full social media evaluation with Google search work-up.  Only a Doctor can prescribe that y’all!! That top secret, white glove package.  You know your searching for clues and it brings you to the page of somebody mama’s- grandma’s- auntie’s -niece’s- coworker page and in the background of a picture from 82 weeks ago you see “bae” at the thanksgiving table.  You wanna be pissed that your ex “bae” lied but you’re too busy patting yourself on the back for that amazing investigative work, you’re really like to hell with this lying ass dude. You don’t deserve these detective skills!!

Anyway, back to Issa during her investigative work she finds out ole girl worked at the bank near Lawrence’s Best Buy job.  Now the wheels are spinning, and she’s starting to wonder if this was going on all along.  At the same time, she gets an update from Molly’s convo with Lawrence .  Not the news she wanted to hear .. he’s moved on or at least officially moved out .. to his own spot.  Once again, she’s forced to deal with consequences of her mistake.  It’s too much for her.  She’s not this kinda girl.  Episode ends with her on a dating app sending out a random “you tryna fuck” message.  Y’all know she ain’t leave the house, she just wanted to have some action on her phone.  She just wants to feel like she still got it and can get it.  Hang in there girl, love gonna find its way back to you ..  like a boomerang in the ass.

Lawrence: Soooo Lawrence is annoying me but I still kinda sorta feel sorry for him.

I get it.  He’s hurt.  She went too far.  She crossed the line.  But damn, it took her slipping on some strange d$ck for him to glo up.  Like dude, really?  You wanna be clean cut, and get hair cuts, and wear cologne and shit.  Guess with that busy fuck schedule he has, he doesn’t have time to be sitting in the dark anymore, moping around all day.

Anyway, as the saying goes “hurt people, hurt.people.”  And here’s a case study for yall.  He didn’t even get a chance to unpack the baggage he’s carrying around before jumping into whatever kinda relationship this is with ole girl.  Instead of just distancing himself, giving himself some time to heal, maybe even recognizing ole girl is getting attached .. Now he keeps popping up in her life.  The preview for next week shows him at her family barbecue.  He’s meeting the family y’all.

Even if his intentions aren’t malicious .. STILL.

…its wayyyyy too soon to be meeting somebody mama or going to a family function. You don’t meet the family until you’re sure the situationship is ready or even capable of being a relationship. Maybe those 4 minutes on Issa’s couch last week showed him he’s ready to move on with Tasha. (Sarcasm)

Y’all better not fall for that BS.

Anyway, that’s all I got for y’all this week!

Let me know what your thoughts were about Episode 2?  Will Issa move on?  Is the relationship with Lawrence and Tasha genuine? Can you move on after cheating? Did both of their “sexcapades with other people” cancel each other out, and now they have clean slates?