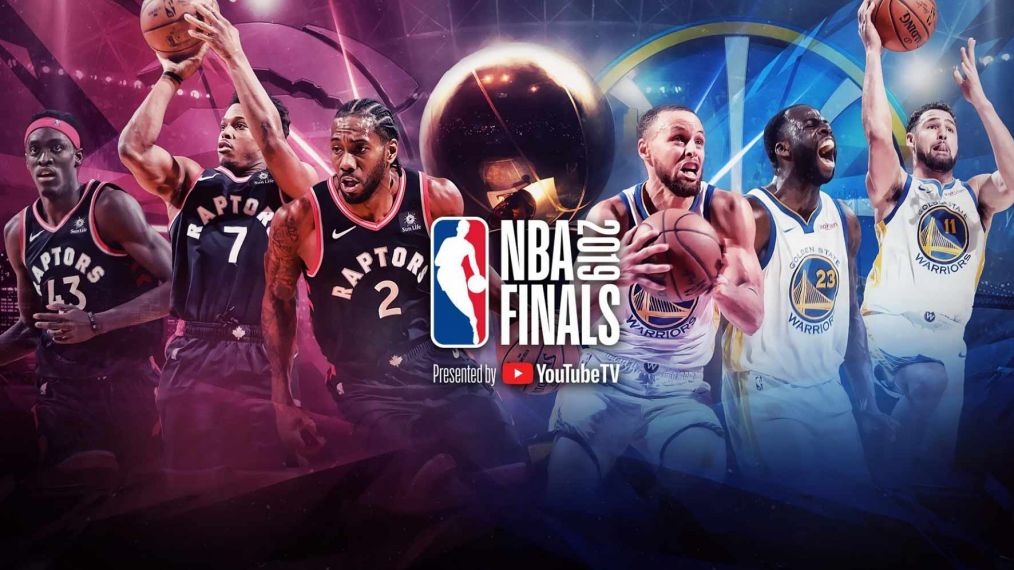 Well, after a roller coaster season of ups and downs, surprises and disappointments, we are finally here.

In the first Finals series in almost a decade that did not feature LeBron James, this gauntlet to the Finals was a doozy to say the least.

The five-time Western Conference Champion Golden State Warriors represent a status-quo of sorts, but getting heer again wasn’t as smooth as the box scores would tell you.

Joining the Warriors in the Finals will be the Toronto Raptors making their first appearance in the final round. After an offseason where they went in all-or-nothing in acquiring free-agent-to-be Kawhi Leonard along with a couple of other trade deadline additions and ascension of Pascal Siakam to the big leagues, this team surprised many yet proved that their years of postseason disappointments primed them ready for the moment.

Most experts believe that this series will be a total whitewash for Golden State but, alongside my compadre and fellow CiTLR contributor Jay Jones we are here to answer a few questions that just may sway conventional thinking.

Who will be the best player on the floor?

Diego – The answer to this question could sway this entire series.  Right now, there isn’t a player alive that is playing better than Kawhi Leonard.  On both sides of the ball, he is creating havoc and putting his stamp on the game at levels we don’t see often.  Yet, those damn Warriors…Steph Curry AND Draymond Green are playing the best basketball of the year and in Green, possibly the best basketball of his life.  And that’s not even mentioning the guy that just two weeks ago was widely crowned as “The Best Player Alive” title in Kevin Durant. Also, despite what the numbers may say (25 pts, 6 boards & 6 assists in four previous Finals series), The Finals have been a mixed bag for Steph Curry. With Durant possibly out for the series, this could be his time to stamp his all-time greatness with an all-time great series.

Jay – So…as much as I would LOVE to say Kawhi Leonard, my gut says Steph Curry. Why? In order for Toronto to have ANY shot at winning, The Klaw is going to have to be Finals MVP-worthy, and I’m pretty sure that he’ll be up to the challenge. However, Steph will once again likely play a few games without having to split shots with KD…who would normally need 20-25 shots in a series like this. Without that burden, Steph can be aggressive against Toronto’s slightly subpar defensive guards and go for 30-35 ppg for the series. BUT…I could be wrong…and if Steph doesn’t get hot and the Warriors get ahead early in this series, we could see things get quite sticky for the Dubs overall. My gut just says Steph will once again be the straw that stirs the Warriors’ championship drink.

Who are the X-factors for each team?

Diego – For Golden State, it will be Klay Thompson.  Forever a 3rd wheel, Thompson has not played a game after being snubbed for an All-NBA selection.  He will be looking improve his overall impact as his shooting left much to be desired vs Portland in the Western Finals.  His lackluster play at times was a contributing factor for the three double-digit deficits the Warriors faced vs the Blazers in games 2, 3 and 4.

For the Raptors, Kyle Lowry must have a good series or the good guys from Ontario are getting swept.  Lowry has had a better postseason run this year than his previous ones. Gone are the “Lowry is a choker” tweets and with a healthy 19.2 points, 5.5 rebounds and 5.2 assists per game against the Milwaukee Bucks in the East Finals, he finally had a series that a player of his caliber should produce on a regular basis.

Jay – For the Dubs…will KD play? How many games? What about Boogie Cousins? EITHER of those guys can swing the pendulum pretty far in the Warriors’ favor. Who will be the X-factor though? It’s going to be someone like Alfonzo McKinnie. He’s an athletic wing who can defend multiple positions and knock down open shots…of which there should be PLENTY…especially with Iguodala not quite able to be what he’s been for years on a game-to-game basis. I’d bet McKinnie shows up big time in at least two games and swings the outcome in some form.

For the Raptors…Pascal Siakam MUST be the “Poor Man’s Giannis/Lebron/Pippen-type” he’s shown flashes of in his young career. His ability to spread the floor by knocking down corner 3’s and attacking in the open floor along with his defensive ability will be key. If he can show up as part of Kawhi & Co., things will get quite interesting in this series. Given what we’ve seen from him so far, I’m pretty sure he’ll be an important part of this series.

One Burning Question: Who will Kawhi Leonard guard?

Diego – If I am Raptors coach Nick Nurse, I put Leonard on Steph Curry.  Why? Because Durant is not playing. If Durant does infact play any games in this Finals, he will not be 100%.  There would be no reason to waste the best perimeter defender in the sport on Durant so just put him on the most indispensible player in Curry.  Curry has been able to be slowed at times with physical perimeter defense and Leonard would bring that in bunches. It would cause Steve Kerr to think of other ways to get Curry off besides the wide open jumpers he saw against Portland.

Jay – I agree with my guy Diego here…the most important thing for the Raptors will be to keep Steph out of rhythm. Although it could potentially be draining for Kawhi, he has the best shot with his physicality to harass Steph. Also, his length and lateral quickness will help with the amount of screens and motion Steph utilizes to get open. Toronto’s guards can’t deal with Steph well, Lowry especially would struggle fighting screens. I’m a fan of playing the matchups but in this case, you throw your best defensive player on the other team’s biggest offensive threat…Kawhi has the conditioning to do that along with being his team’s focal point on offense. Although there’s always the risk that it could run him down later in the series, if Steph goes Supernova early, it may not matter.

Who wins the series?

Diego – My prediction all boils down to this, how healthy is Kevin Durant.  If Durant is unable to play in the series, Toronto wins in seven. If KD can give you anything close to vintage Durant at any point of this series, the Warriors will win in six.  The Warriors will have a much harder time than the West Finals. Portland was a team that was just not ready to match their level of playoff basketball. Playing the Warriors is just different.

With that being said, I believe Toronto has enough pieces to make it a tough series, and if guys like Fred VanFleet and Norman Powell can continue outplaying the opposition’s second unit, this will be a great series. Kawhi is on another level, and the Raptors have enough defenders to throw at a Durant-less squad.

Jay – I hate to say this, but I’m going with Warriors in six. Even with no KD, the Warriors have too much firepower, and even if Kawhi can successfully neutralize Steph, we’ve seen Klay Thompson go off enough to take a series…he’s possibly the most underrated star we’ve seen in the league in 20 years…and in the most perfect situation to utilize his skill-set to thrive.

The Raptors…well Kawhi, have been amazing thus far. VanVleet, Ibaka, Gasol, etc., have all been great supporting pieces getting them here and providing the inspiration for a whole mixtape worth of Drake bragging about the Six, with good reason…but until I see otherwise, they’re in over their heads with the most powerful offensive force (EVEN without KD) the league has ever seen. The Warriors have in effect, broken basketball with the way they play the game. The Raptors’ best chance is Steph being less “Stephortless” than normal and the Dubs’ bench giving them next to nothing…which IS possible…but highly unlikely. Salute Kawhi for one of the greatest playoff runs we’ve seen, but I don’t think it’ll be enough. However…that’s why they play the games, so let’s enjoy some hoops!

Should be great theater.

Next up, the NBA Draft Preview!