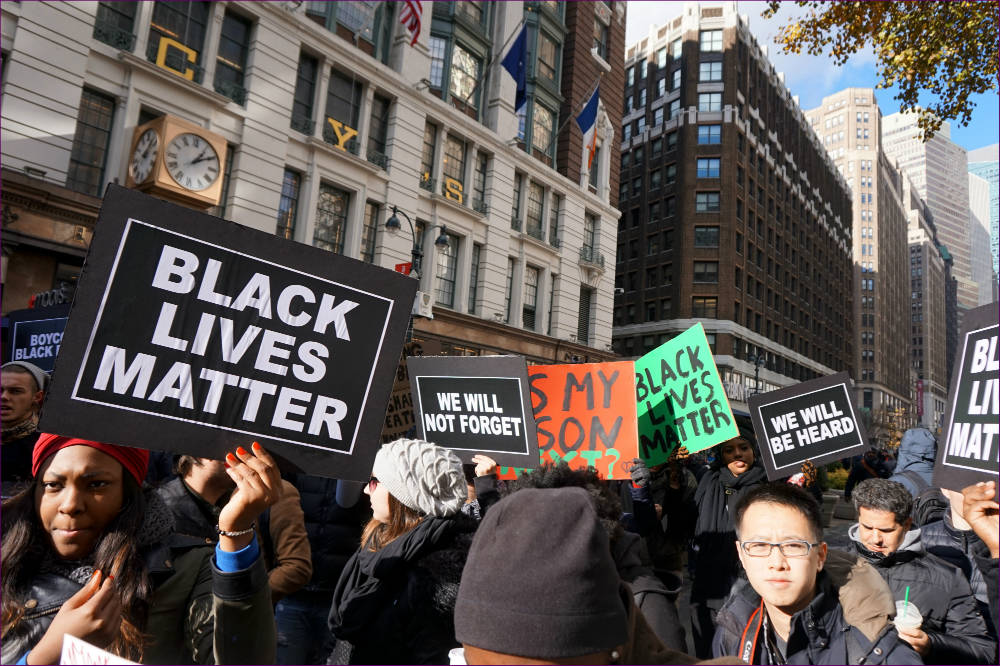 We live in an era of information overload. Information overshare. No matter what we do or where we turn, we are bombarded with images, with information, and with videos. Unlike our parents’ generation, when information came through carefully edited, measured doses through television and radio, the internet and social media have given us access to real-time, raw, unedited footage of just about everything. Having access to so much instant information at our fingertips can be a good thing, It keeps us abreast of what’s going on in the world around us. It keeps us informed. The information we receive helps us to make quick decisions that impact our daily lives.

This inundation of information can also be very detrimental to our mental health, especially now, in light of all the racial tension and police misbehavior happening around us. We watched Eric Garner suffocate and die on the concrete sidewalk. We watched Alton Sterling take his last few breaths in front of the convenience store that night (and remember the NY Daily News cover the next day? that image will haunt me for the rest of my life.) We saw Philando Castille bleeding in the passenger seat. We saw the last few minutes of Koryn Gaines’s life, too. Over and over again, in real time, through raw, unedited footage, we are watching Black lives being taken away due to police negligence and abuse of power. 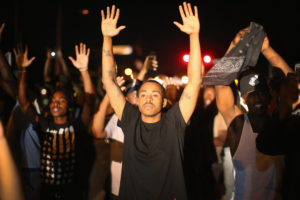 FERGUSON, MO – AUGUST 12: Demonstrators protest the killing of teenager Michael Brown on August 12, 2014 in Ferguson, Missouri. Brown was shot and killed by a police officer on Saturday in the St. Louis suburb of Ferguson. Ferguson has experienced two days of violent protests since the killing but, tonight’s protest was peaceful. (Photo by Scott Olson/Getty Images)

Whether you realize it or not, watching this footage can be detrimental to your mental health, especially if you are black. Or know black people. Or have black children. And while it is important that we know what is going on in the world around us, it’s also equally as important that we do all we can to protect our mental spaces, so that we can exist in a world full of people who look like the same people we watch on videos taking black lives.

One very important part of my world is predominately white. Several years ago, I existed easily in this world without a second thought about it. Now, in light of all that’s happened recently, I exist in this space with caution, with great suspicion, and I know that I am so much more guarded there than I was before. I do believe it’s because I’ve seen the videos, I’ve watched the cover-ups, I’ve seen the bogus ‘not guilty’ verdicts and the really piss-poor attempts at “justice” on their part (Betty Shelby? The officer who shot and killed Terence Crutcher last week? She was arrested at 1:00am, was booked at 1:11am, and released at 1:23am. What the hell? It takes longer than that to take a poop. Seriously?)

A recent study was released that proved that watching these videos can trigger symptoms of post-traumatic stress syndrome in Black people who watch them. PTSD, y’all. Like, what soldiers come back from war with. Because this is a war, but unlike the soldiers fighting overseas, we didn’t sign up for this. And our only crime is having brown skin in a country where Black lives don’t seem to matter at all.

Watching the videos also seems to perpetuate images that all cops are dishonest, that all white people are racist, and fills us with an almost unnecessary fear and dread of law enforcement. It also makes Black people afraid for our safety, because seemingly, no matter what we do, whether our hands are empty or raised, even when we comply and do what we are told, it just doesn’t seem to be enough. The footage holds us captive. We can’t unsee the images. We also can’t stop living in society at large, so we have to figure out a way to be aware, to know what’s going on, and to still live happy, productive lives in a society where it seems like the odds are constantly stacked against us.

It’s okay not to watch the videos, people.

It doesn’t make you ignorant, or less informed. But it’s fine to be selfish, to choose your sanity over the information overload. Social media fatigue is a very, very real thing. Sometimes, it’s okay to disconnect, to close the app, to turn off the computer, and to just unplug. Real life is ugly, and you don’t have to subject yourself to it to the point where it affects your ability to live as normal and as productive a life as possible.

You can be woke without being traumatized.