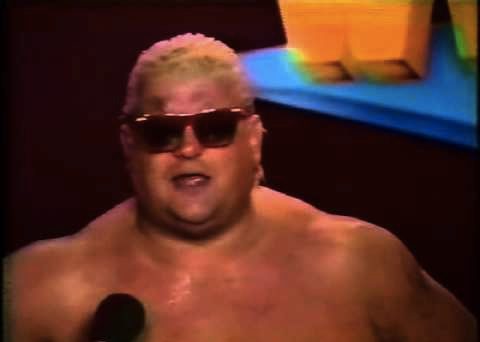 On the anniversary of Dusty’s death, we recap the legacy of a wrestling great. As a note, there are hyperlinks throughout the article for you to reference.

With the recent deaths of Muhammad Ali and Gordie Howe, along with the retirements of Kobe Bryant and Derek Jeter, I began thinking about the greats in a variety of sports. I have my personal rankings in each sport and I was sifting through my thoughts on those. And then this random thought came to mind: “Who is the greatest wrestler of all time?”.

Incidentally, Why don’t we discuss this more in pop culture? Is it the openness about the sport being scripted? Is it that some of us have “outgrown” wrestling? Is it because the major sports news networks have almost no coverage of the sport? A lot of options came to mind about why we don’t have these discussion and I have not and probably never will have the answer.

But back to the question at hand. For me, as I thought on this question of the greatest professional wrestler, my mind shifted to major wrestling networks. I thought of the classic NWA vs. WWF beef “if you will” (no Dusty pun intended). I come from the vintage age of wrestling. The days of “rasslin“. The days when television programming on Saturday was dominated by wrestling programming. And the NWA and WWF were the dominant wrestling leagues. So when considering who is the best of all time, Ric Flair and Hulk Hogan come to mind. It’s almost second nature to consider these two as the top guys. They were scripted as the lead characters in their respective leagues. Along with this role, it seemed that each won the heavyweight titles the most and held them the longest.

But a part of me, as a long-time Dusty Rhodes fan, wanted to know if I could make a case for Dusty being considered the greatest of all time. I took a stab at making the case. And let me forewarn you, this is not for the following people:

To make the case, I had to first line up Dusty’s attributes against Flair and Hogan. This is because they were the two lead men in the two lead leagues. We’ll go step by step breaking down how Dusty lines up against both guys in a variety of areas. In each area/category, 10 points will be allotted. I will distribute points to all three accordingly (next to their names in parenthesis) and then the final score will be tallied.

Wrestling Moves – In this area, I consider the duplication of the moves in real life, along with how impressive the moves are.

Ric Flair (3) – Flair had the signature slap to the chest…which looked like it hurts like crazy to take. Flair also had the classic figure four. The figure four was probably the most attempted move among 9 year olds in the years of 1986 through 1990. I can still remember when I figured out how to do the figure four. The reason why Flair only gets 3 points is because you had to get a dummy to allow you to set them up for the figure four or to stand their with open arms and allow you to land chops on their chest.

Hulk Hogan (2) – I never really had a great amount of respect for Hogan’s actual wrestling moves. His matches always reminded me of an interpretive dance at church reenacting the death of Jesus on Good Friday. Him being beat up and beat up more reminded me of a scene from Via Dolorosa. It was like one big dramatic Easter play when he starts shaking his closed fists and this comes on. As for the moves…. the leg drop was pretty cool. But again, speaking as a 3 time US Title holder in my neighborhood (with the cardboard belt with the aluminum foil on it to show for it), having a willing participant to allow you to leg drop on them comes far and few in between.

Dusty Rhodes (5) – The elbows…very doable on your cousin or best friends at a playground under a jungle gym while putting on your rendition of Starrcade 85. Not to mention, the piledriver, which was illegal when matches were held in certain states. One might think that the piledriver is hard, but a nice elbow to your little cousin’s head will make him prime and ready to be a victim of the piledriver.

Starpower – In this area, I considered the reach of each athlete into today’s pop culture scene

Ric Flair (4) – Rap music skits, kids chanting his phrases in college team locker rooms, and Hogan having that racist tirade put Flair at a tie with Hogan with 4 points in this category.

Hulk Hogan (4) – He’s widely known as arguably the most recognizable wrestling character ever. He made an entire generation eat vitamins and say their prayers each night. He’s maintained his grip on celebrity status by being seen wearing retro Jordan’s and other connections that he’s made to pop culture in recent times.

Dusty Rhodes (2) – The self-proclaimed “Son of a Plumber” persona he took on hurt him in this category. Dusty showed flashes of being a star with the satin varsity jackets and the shades from time to time. He even had vignettes with limousines and suits. But didn’t have those lasting moves that transcended into modern pop culture.

The Ladies – simply put, where were each of these guys with the ladies

Ric Flair (4) – He talked a great game. But I never saw him with as many ladies as he claimed to have. He did have a tendency of stealing women from other wrestlers. Women such as Miss Elizabeth and “Woman”. He would go to great lengths to “steal yo girl”. In fact, how about the time when he beat Jimmy Garvin to win a date with “Precious”. Do you all remember “The Dream Date”?

Hulk Hogan (1) – I never saw Hogan with the ladies during any broadcasts of his matches. I may be wrong here but I never recalled him having a lady accompany him to the ring, he was never smooth with the ladies, and he never had a lady manager.

Ric Flair (0) – Ric Flair and the Horsemen were everything that 1980’s obscene wealth stood for. Whitewashed country club living and jet-setting left no time for inclusion or diversity.

Hulk Hogan (0) – The Hulkster was an American through and through. Although the WWF had the “Mountie“, The British Bulldogs, Tito Santana, Nikolai Volkoff, Adrian Adonis, and more…..Hogan was not a unifier of race, countries, or sexuality.

Dusty Rhodes (10) – Dusty had Sapphire as his Black girlfriend, a son who played GoldDust, and he was The American Dream but aligned himself with a Russian. Can we also talk about Dusty and his own “diversity”? Sometimes he looked like a door handler at a night club with a leather jacket and designer jeans. Other nights he looked like that aunt that was ambiguously gay in her demeanor. Other days he looked like your grandmother who had those two or three chin hairs and that dingy gown on.

Ric Flair (3) – Although it never happened, I always felt at some point the Horsemen would eventually bring pistol play into one of the wrestling scripts. I imagined Ronnie Garvin being shot by Arn Anderson as Ric Flair flagged down the limousine and they sped off out of the parking lot at the TBS studios. Speaking of which, I only gave Flair a 3 because he always had his men coming to his rescue. I never really saw Flair put hands on anybody and put the fear of God in them. But there was always that threat of the Andersons and Tully pulling up with the straps. Also, the addition of Lex Luger in the clique gave me visions of him dressed like Nino Brown in a Jeep Cherokee with a semi-automatic weapon ready to let off on Dusty and Magnum T.A.

Hulk Hogan (2) – He gets a 2 simply for the Jordans collection in his closet.

Dusty Rhodes (5) – He always had good men with em and he knew how to kick some butt. Dick Murdoch, Dick Slater, Magnum T.A., Nikita Koloff, Wahoo McDaniel, and others were allies for years. Not many other wrestlers from that time can say the same thing.

Ric Flair (3.3) – The robes, the hair and clothes, the theme song (which even when I went to other events and heard it was always “The Ric Flair” song), and the WOOOOO are undeniable.

Hulk Hogan (3.4) – Hogan fought off more fights for the supreme lead role in his league. He fought off The Ultimate Warrior and always had Randy Savage looming over his shoulder trying to be the number 1 guy as well. He never let us down at his pay per view matches. He also was a self-preserving wrestler as well. He never wrestled during regular TV shows. He only fought on Saturday Night Main Event or Pay Per View. In that way, he was sorta the Jay Z of wrestling.

Dusty Rhodes (3.3) – The dance moves, the cowboy boots, the fact that he got suspended and came back as “The Midnight Rider” and pulled it off, the fact that he probably had more of an even career in the WWF and NWA than Flair or Hogan, all play a factor in him being considered. Lastly, the greatest wrestling promo ever that spoke to the heart of this great country..

The scores are in:

It’s easy to write off Dusty because he isn’t as “All American” as Hogan or as flashy and polished as Flair. But toe to toe, you can match up Dusty against any pro wrestler. He held his own and beyond.