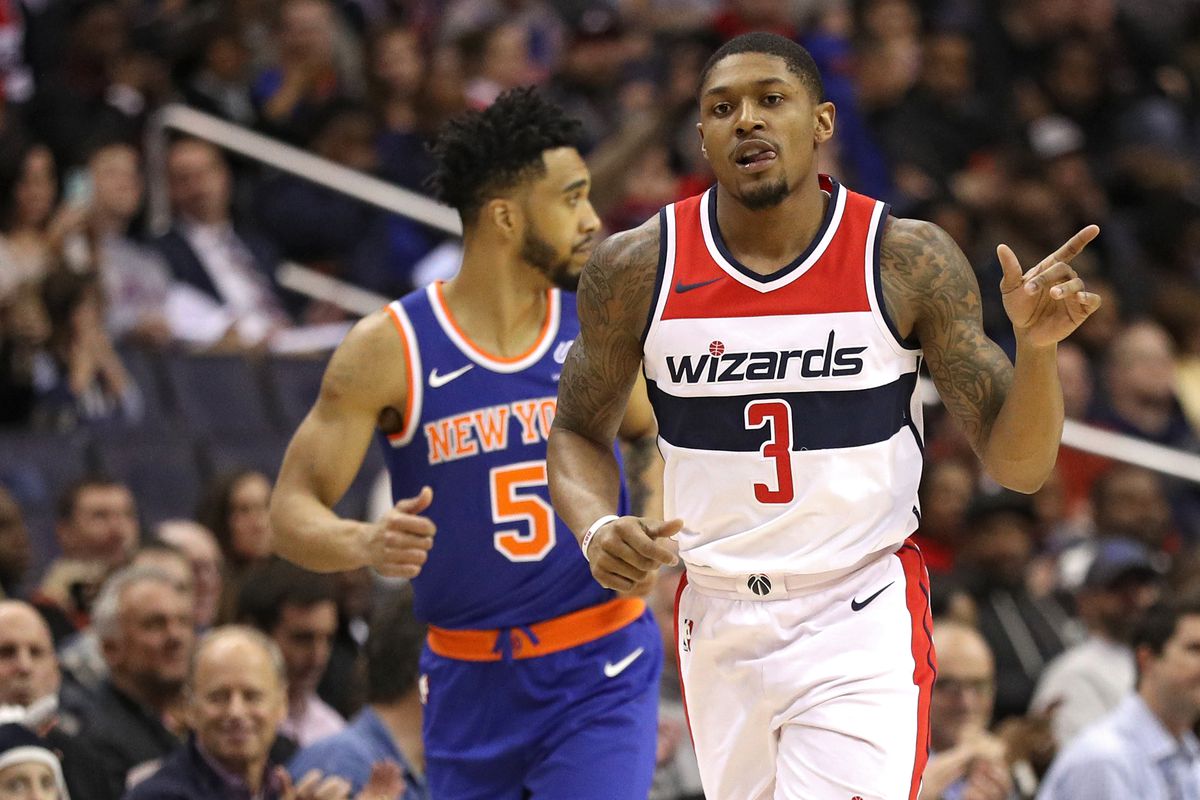 If you were to take a glance at Twitter on a consistent basis (precisely Wizards Twitter), conventional wisdom would have you to believe that the Washington Wizards are the most underachieving sacks of shit in the NBA this season.

I am not one of those guys.

Well, I am apart of Wizards Twitter (sup guys!) LOL but I, for one, do not believe in that at all.

After 38 games – almost half of the regular season – the Wizards are three games ahead in first place in the Southeast division with a 22-16 record good for fourth place in the Eastern Conference.  Considering this team did not make any major moves to the roster except picking up some spare parts for the depleted and talent deficient bench, this record outside of the vacuum of super-focused regular season watchers is solid.  Not great as we all would want them to be, but solid.

Going into the season, if there were a team – an upper echelon playoff team – that really couldn’t afford to have multiple injuries to its starting lineup, 99% of NBA fans would have said “Oh the Wizards!”  Unfortunately our heroes have had serious injuries to 3/5ths of the starters starting with power forward Markieff Morris, who was out from the all of training camp and the first seven games of the season coming off of hernia surgery. With Otto Porter missing time with a hip injury and four-time All-Star point guard John Wall missing ten games himself with knee issues, to expect this team to play at its peak is truly asking a lot.

Yet, this team has seemingly kept afloat in the grander scheme with four major contributions.

One, the continued ascension of Bradley Beal to All-Star status himself.  Beal has added something new to his game every season and this year is no different.  Once a hindrance, now Beal has tightened up his pat and has become much more than just a spot up shooter.  We can now see Beal clearing out and taking his defender off the dribble with plenty of filayyyy and being the primary ball handler when Wall is on the sidelines. While he’s only shooting 36% from three (down from 41% last season), he has upped his rebounding and playmaking by leaps and bounds by the eye test.  If he isn’t selected for his first All-Star game in Los Angeles next month, it would be a crime.

Secondly, three members of the bench have kept the team afloat in Mike Scott, third year forward Kelly Oubre and second year guard Tomas Satoransky. Scott, a cheap Ernie Grunfeld signing in the offseason, has been a godsend for the second unit giving a much needed scoring punch for a unit that lacks pure scorers.  Unexpectedly, Scott is averaging nearly 10 ppg on 57% shooting and 43% from the field.

Oubre’s ascension has been slowly coming and I can honestly say I was wrong about the kid.  Oubre is the type of draft pick and talent that never seems to develop in DC so most of my apprehension of his selection three years ago wasn’t necessarily about the player, it was more about the franchise itself.  He has brought defensive tenacity and a much improved three point shot (37%) while averaging 11 ppg.  Satoransky has come along under the radar and taken the backup point guard job from Tim Frazier and has never looked back.  He does not look like the overwhelmed rookie from a year ago.  He has also come back with a much improved outside touch and is improving by the day whether its running the offense or showing “sneaky athleticism”.  Both players look the part of rotation pieces in the future.

Now, have the Wizards blown games against sub-par competition that should have been easy victories? Yes.  This pisses Wizards Twitter off and rightly so.

Those losses will come back to haunt the team late in the season when jockeying for playoff positioning at this point, it is what it is.

From here on out, the team must continue to keep playing as well as they have in the last three weeks or so winning eight of the last 11 ballgames.  It is up to the star players and coaching staff to keep the team on an even keel and show everyone why they were a trendy pick to make the Eastern Conference Finals.