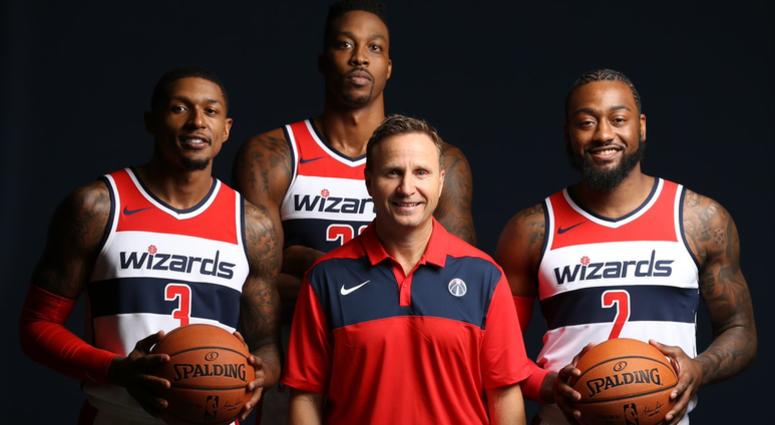 The 2018-19 version of the Washington Wizards enter training camp in the brand spanking new Entertainment and Sports Arena in Southeast Washington, DC on the old St. Elizabeth’s campus with virtually the same core of players of the last few seasons with a couple of key additions.

The move to SE for the franchise isn’t one to be taken lightly.  Southeast DC has for decades been looked over and given a bad rep for a myriad of issues, but one thing that my friend, Michael Sykes eloquently spoke of in his article today, is that the area is tough and gritty.  You are not going to see the splendor and beautiful nightlife of Downtown DC when you pull up to Capital One Arena.  What you are going to see is decades of despair, apathy, neglect and lastly, hope.

The new arena and its surroundings will grow and flourish while standing out like a sore thumb.  This cast of characters on the roster kinda fit that term to a tee.  Newly acquired center Dwight Howard had wore out his welcome in every stop in his seemingly-unreal late career stage of a basketball nomad.  Proven agitator Austin Rivers is another player acquired this offseason that seems to rub people the wrong way (I honestly have no idea why except that he was acquired by the Clippers by his dad…no fault of his own).  Add veteran Jeff Green to the roster and you can look on paper and say this is the best 10-man rotation in the John Wall-Bradley Beal era.

Yet, what does that mean?  The Wizards may have missed their chance(s) to make some real noise in the Eastern Conference.  Other franchises have made drastic maneuvers and have vaulted over the Wizards in early prognostications mostly because no one truly knows if the Howard-Rivers mix will fit in Coach Scott Brooks scheme.  With awful free agent signings and punting on draft picks, the cupboard has been left virtually bare each offseason which has led to louder calls for the job of General Manager Ernie Grunfeld.

The prime of Wall and Beal is here and with each passing season and each injury, that prime shrinks by the second.  This is a make-or-break season for the players and this franchise.  Bradley Beal and Scott Brooks were adamant at their Media Day pressers that the time for talking is done.  They must win, and win now.

This team could really do some damage in a LeBron James-less Eastern Conference this season, or it could fuckin implode right in our faces.  Wall and Beal must lead this team with little to no controversy. Small, petty “beefs” can not fly this season.

Be tough, be gritty, let the world know that you are indeed here and here to compete on a nightly basis.

Take the cue from your new surroundings.