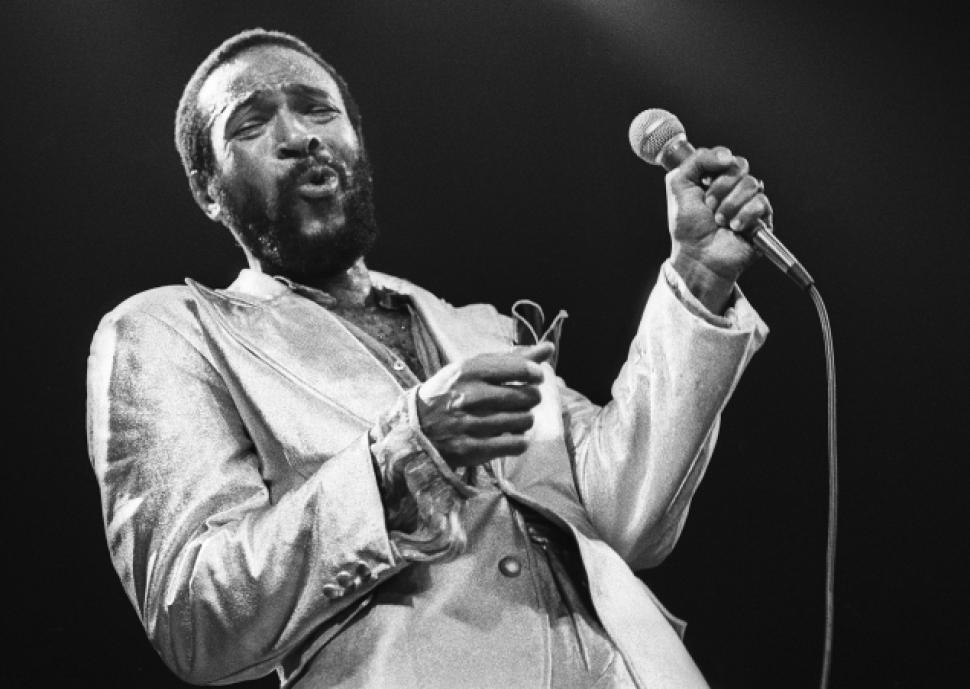 This is your one stop shop for everything R&B singers.

The place you go when you need that playlist at night while participating in the “No Pants Dance.”

I know you have your favorites, but this is an objective top ten list that has been tested, proven and double checked by NASA scientists. So you know it’s good. 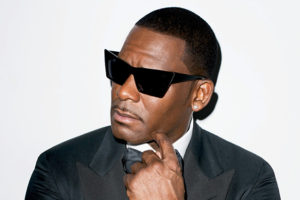 10. R. Kelly: If you know me, you know I tried my best to keep this guy out of my top ten, but he couldn’t be denied, and I thought that if you saw Peabo, Keith Washington, or Johnny Kemp at 10 you’d see right through my shenanigans and call me all the way out on it.

Unbelievable catalog, unbelievable pen, and above average voice. He can sing “Feeling On Your Booty,” then turn around and write “You Are Not Alone” for Michael Jackson and “I Believe I Can Fly” for himself. Combine that with the fact that he has an affinity for little girls, and it makes him quite the conundrum to reconcile with. No matter how we feel about him, the numbers he’s put on the board are undeniable. I’m just not OK with anyone calling themselves the king of R&B in a world where Stevie Wonder still draws breath. But that’s just me. 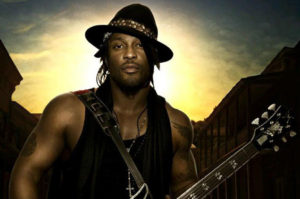 9. D’angelo: Let’s be clear. R&B was one way before “Brown Sugar,” and it was sonically different after. I’m not even sure if it’s even debatable. D’angelo is a force of nature that came through and reinvented the wheel with a fusion of jazz, funk, and soul. Neo Soul as we know it now was born. Now, there were clearly artists of his ilk that preceded him in this effort, but “Brown Sugar” is what broke the glass ceiling for all to consume. He’s an amalgam of Prince, James Brown, and possibly more, but his sound is unique unto himself. 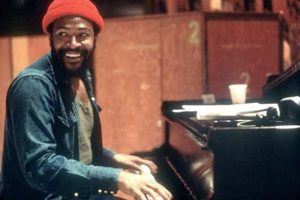 8. Marvin Gaye: One of the most important musicians in the history of Washington DC, and part of the Motown reign of excellence. Barry Gordy gave him “I Heard It Through TheGrapevine” about three months after Gladys Knight and The Pips recorded it. Marvin went full Marvin on it, and now that’s the version you and everyone else remembers as the definitive version. Apologies to Ms. Knight. Thank the gods he chose to release “What’s Goin’ On?” against Barry Gordy’s wishes. It went on to become his most important album and top five one of the best most meaningful album of all time in the genre of R&B. Still. Wanna hear something ice cold? Got a divorce, and created an album with the entire proceeds going to his ex-wife. The title? “Here, My Dear.” He’s a classic case of the demon battling, completely transparent, and vulnerable crooner. 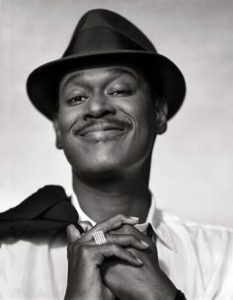 7. Luther Vandross: The last great balladeer. Point blank and the period. Listen to The Carpenters original song “Superstar” and then listen to Luther’s. Listen to the original version of “Love Won’t Let Me Wait,” then listen to Luther’s. Listen to Stevie Wonder’s “Creep,” then Luther’s. You just can’t teach that kind of tone, delivery, phrasing, and interpretation. Voice like straight butter. The genius was in his simplistic greatness. All of us were conceived off of a Luther song. The only discussion is which one. 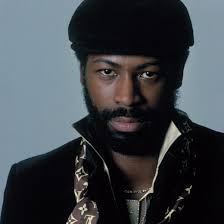 6. Teddy Pendergrass: Theodore DeReese Pendergrass is a great example of how mistakes made in the latter part of your life can all but dampen the mountain of good you’ve done for the majority of it. Listen, cause this hasn’t happened before or after Pendergrass. Five straight platinum albums, and the only R&B artist to sell out “female only” concerts. Now, that’s ice cold. Shirt halfway open, gold chains, beady chest hair with the full beard. You HAVE to sing your ass off in order to pull a stunt like that on the regular. 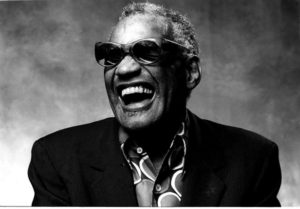 5. Ray Charles: The genesis of the genre. It starts with this guy. The guy Stevie called “Uncle Ray.” All of Ray’s earlier stuff shows hints and foreshadowing to the rhythm and blues genre being created with every song he sung. As if that wasn’t enough, he considered one of the most successful country singers of all time also. Listen to “America The Beautiful” and hear how he clashes that southern soul against the dainty white chorus singing in the background. That’s how you drag music kicking and screaming into the “black experience.” 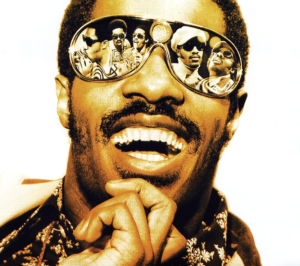 4. Stevie Wonder: Not sure much should be said about the guy that is the author of the greatest album his genre has ever produced (If you have to ask, stop reading right now and go educate yourself). Created his own lane inside of a lane and dared those to catch up. Nothing short of a genius, Stevie remains the gold standard of black singer/songwriter. In his mid-60’s, he can still sing the songs he sung as a teenager in their original key. Singers know how impossible that is. Just might be the all-around GOAT. Listen to…any damn thing he’s ever written. The ONLY singer that didn’t take one song off. Not one. 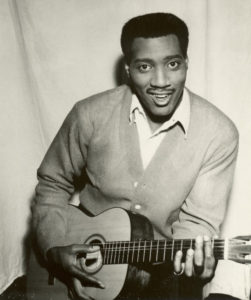 3. Otis Redding: Quick point. The song “White Christmas.” We’ve all heard it, right? From Johnny Mathis to Frank Sinatra, to Nat King Cole. It’s a song that sounds whimsical, beautiful, and soft. So, how can you take that song and turn the same words into a song that feels desperate, wanting, and full of pain? Let Otis sing it. Let him put the church organ in the damn song, add the horns, and make him croon the hell out of it. Listen to it again. He sounds like he’s in the corner of an empty house, balled up with his knees to his chest, trying to stay warm on a cold December night, whining about the great days and nights that have long passed him by. Same words. Same song. That’s Otis, man. He’ll take your warm and fluffy song and drag it through the mud of emotion and gritty authentic soul. Listen to his original version of “Respect.” Listen to “One More Day.” Listen to “Try A Little Tenderness.” Cased damn closed. 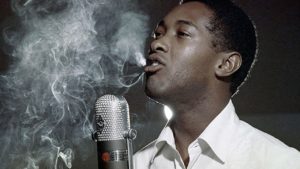 2. Sam Cooke: Just good ol’ fashinoned soul, man. You’ve heard him singing “A Change Gonna Come” and felt the emotion and pain of it strictly through his delivery and tone. See…most are just singing songs. In Sam Cooke’s voice, you can hear the emotion powerfully translated straight to you. Leon Bridges is the second coming of this great man. 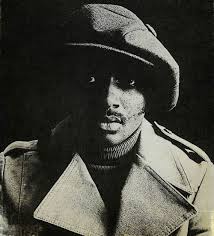 1. Donny “Bleepin” Hathaway: Quite simply, and without hyperbole, he’s the voice of God. The True embodiment and complete picture of R&B realized in its totality. There may be some you like more, but you’re favorite singer has Donny on his list of favorite singers. Right now, stop what you’re doing and pull up his version of “Young, Gifted, & Black.” Just bless yourself really quick. I don’t care what you’re top nine looks like. If it doesn’t have Donny as number one, I will dismiss it completely and proceed to call you everything but a child of God. Stop playin.

***Side Note: Honorable mention goes to Dave Hollister, Frank McComb, Jeffrey “The Woo Woo Man” Osborne, James Ingram, and Stokely. Definitely a difficult list to make but these great voice just missed the top ten. Sue me. Please keep in mind that this list is iron-clad and beyond reproach, so I don’t wanna hear you stinkin mouth.